Kobol has a complex attributes system that was designed to give players a rich gaming experience, and the proper way to handle such system in a match is through skills. 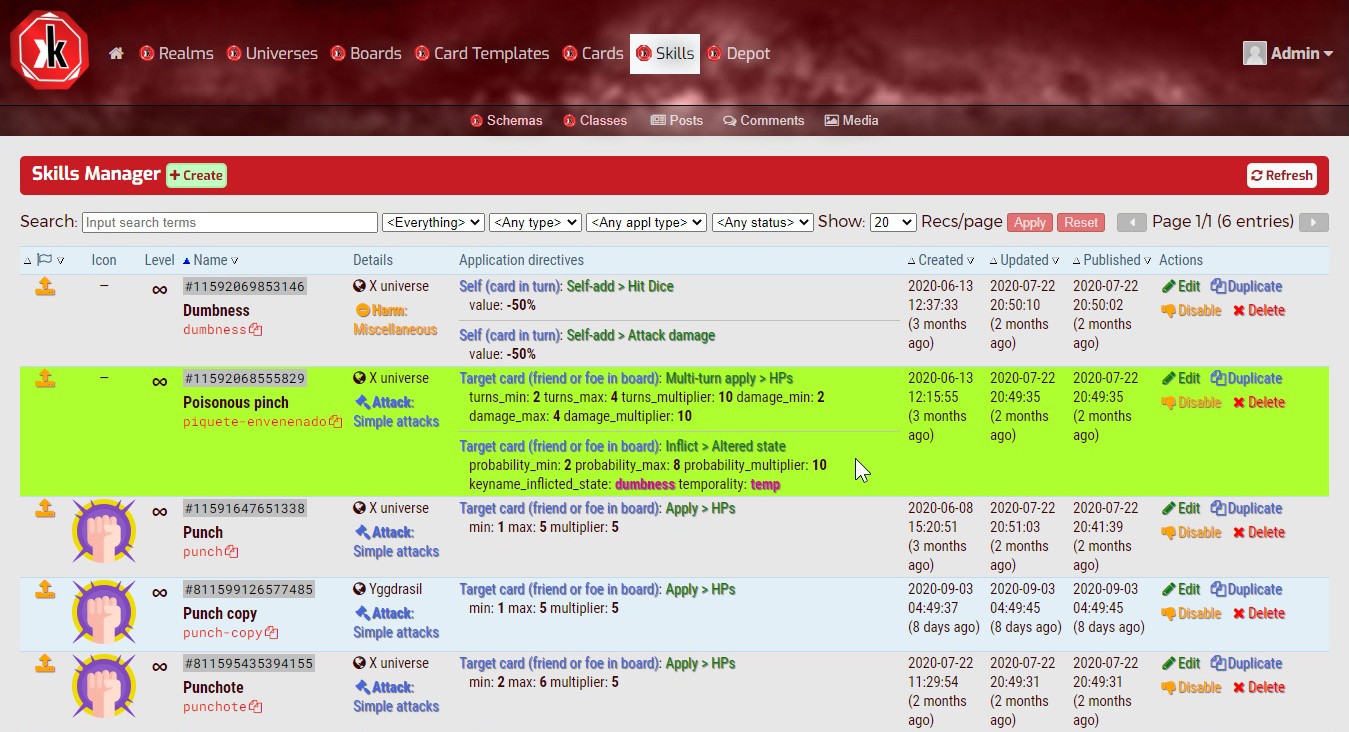 There are three types of skills:

And there are application types:

Normally, skills are activated automatically unless user input is mandatory. When a user places a card on a board, the next procedure is executed:

Passive skills will be constantly checked for application before and after the steps of the procedure and when the card receives an attack.

A good example of how to define the skill actions can be an immediate attack from a poisonous creature. The application directives for this attack could be the next:

Directives are interpreted from top to bottom:

The altered state being inflicted ("dumbness") is a separate skill defined as immediate attack, and is invoked by the in-match altered states executive process to apply the next directives over the affected card:

Simplicity is a winner

The application directives example above is a case with certain level of complexity, and not much skills might need to have the same or even a higher complexity level.

It is highly recommended to keep skills as simple as possible and make the complex ones only for special types of cards.