Boards are the game arenas. Depending on the universe being seen, at least one board will be available for playing. To start a match, a user goes to a realm, opens a session and selects a universe. When the user creates a match, the first thing to select is the board to play in, then the fighting cards.

The base parameter for a board is the playing modes that the board will support. Every playing mode has 3 input parameters:

The "Metal Glass" board: 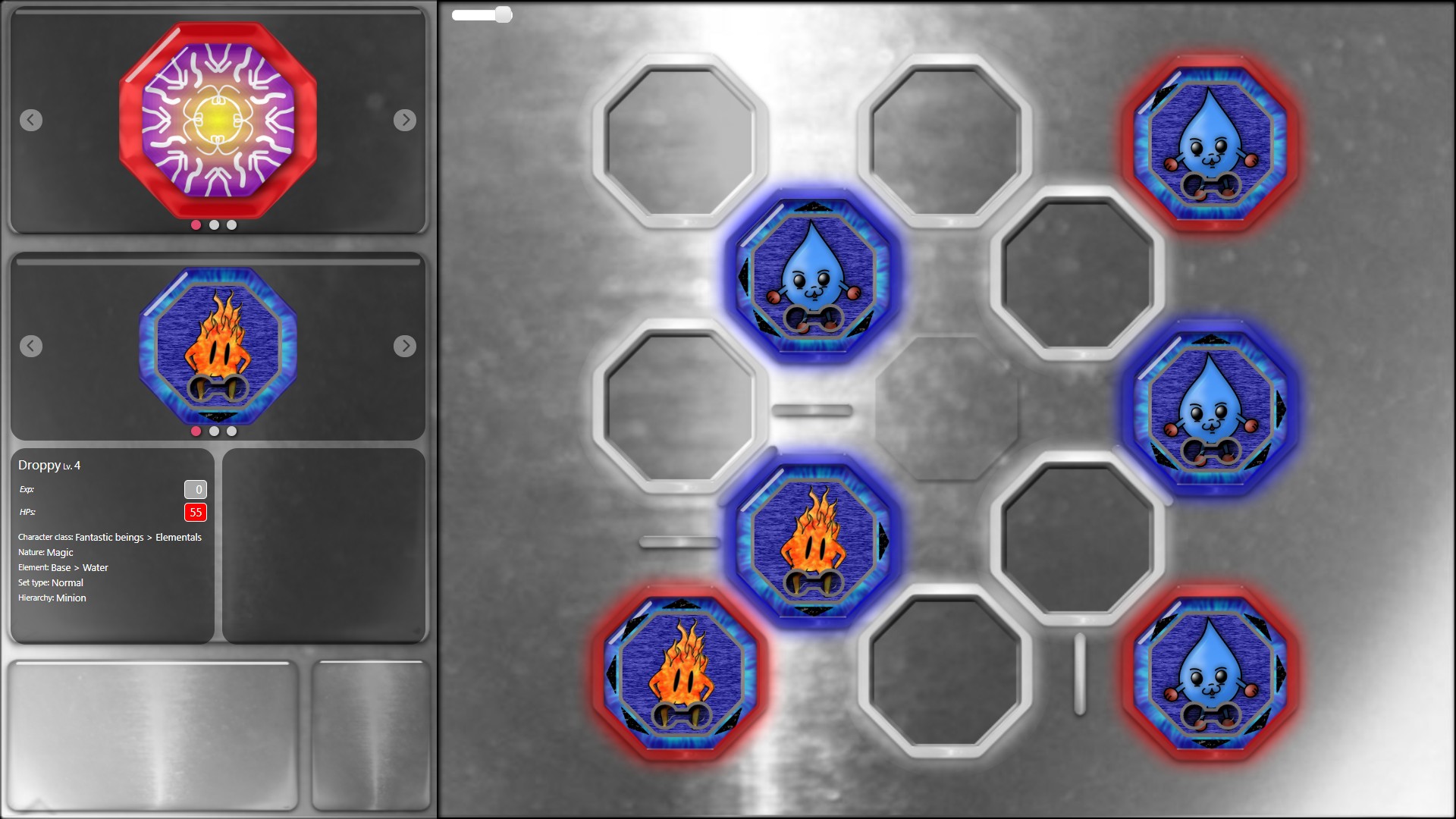 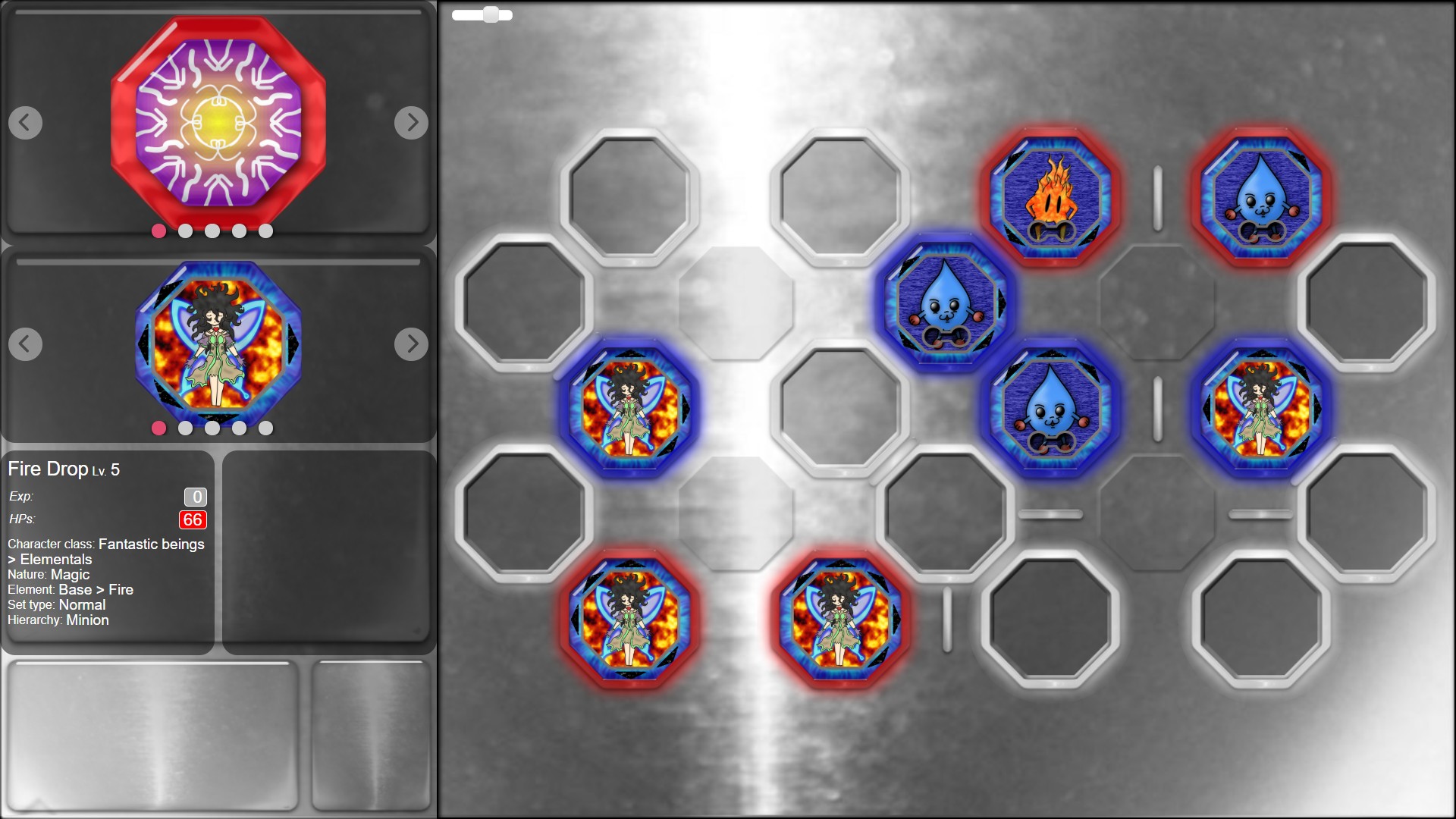 An even bigger version: 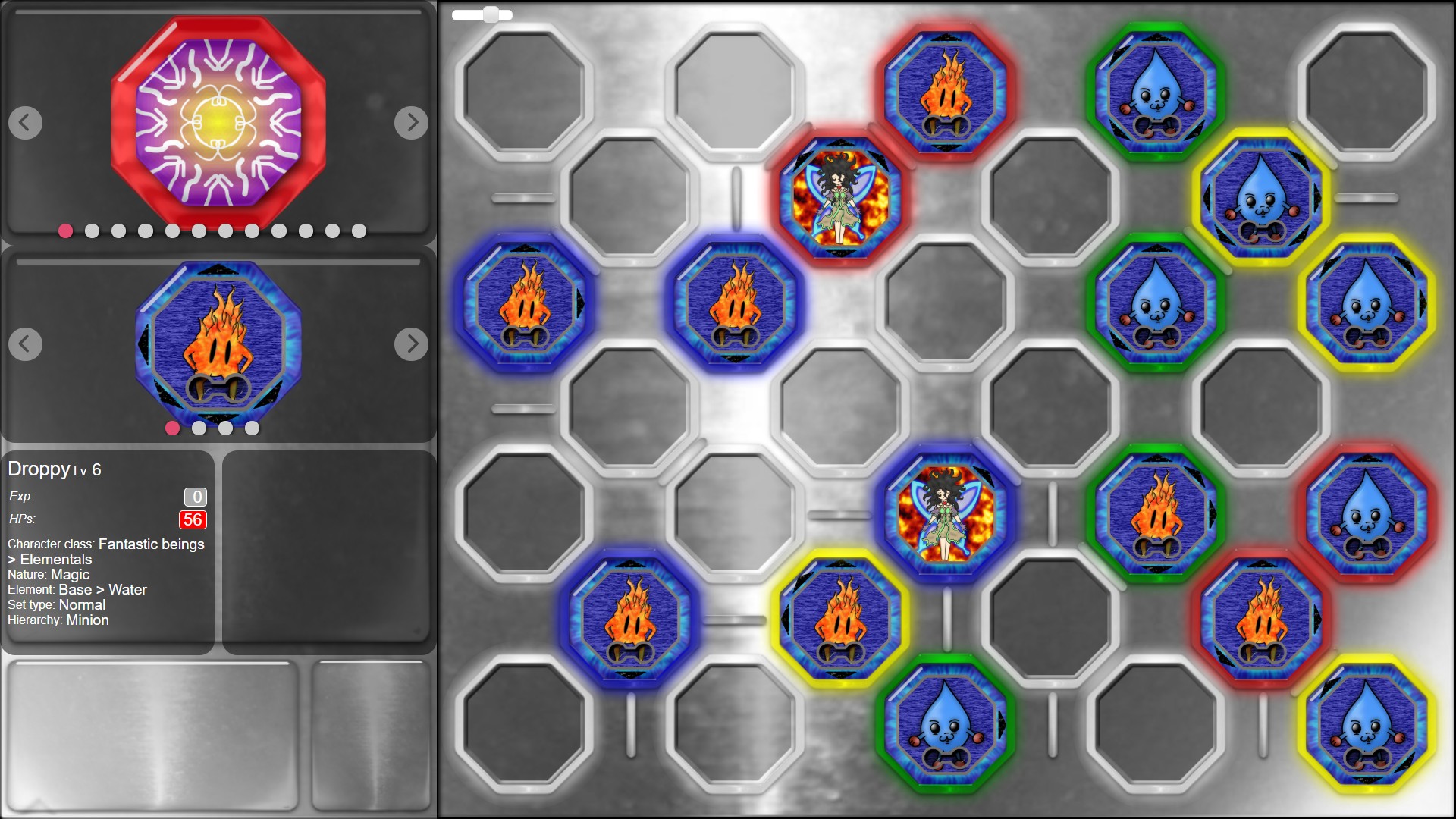 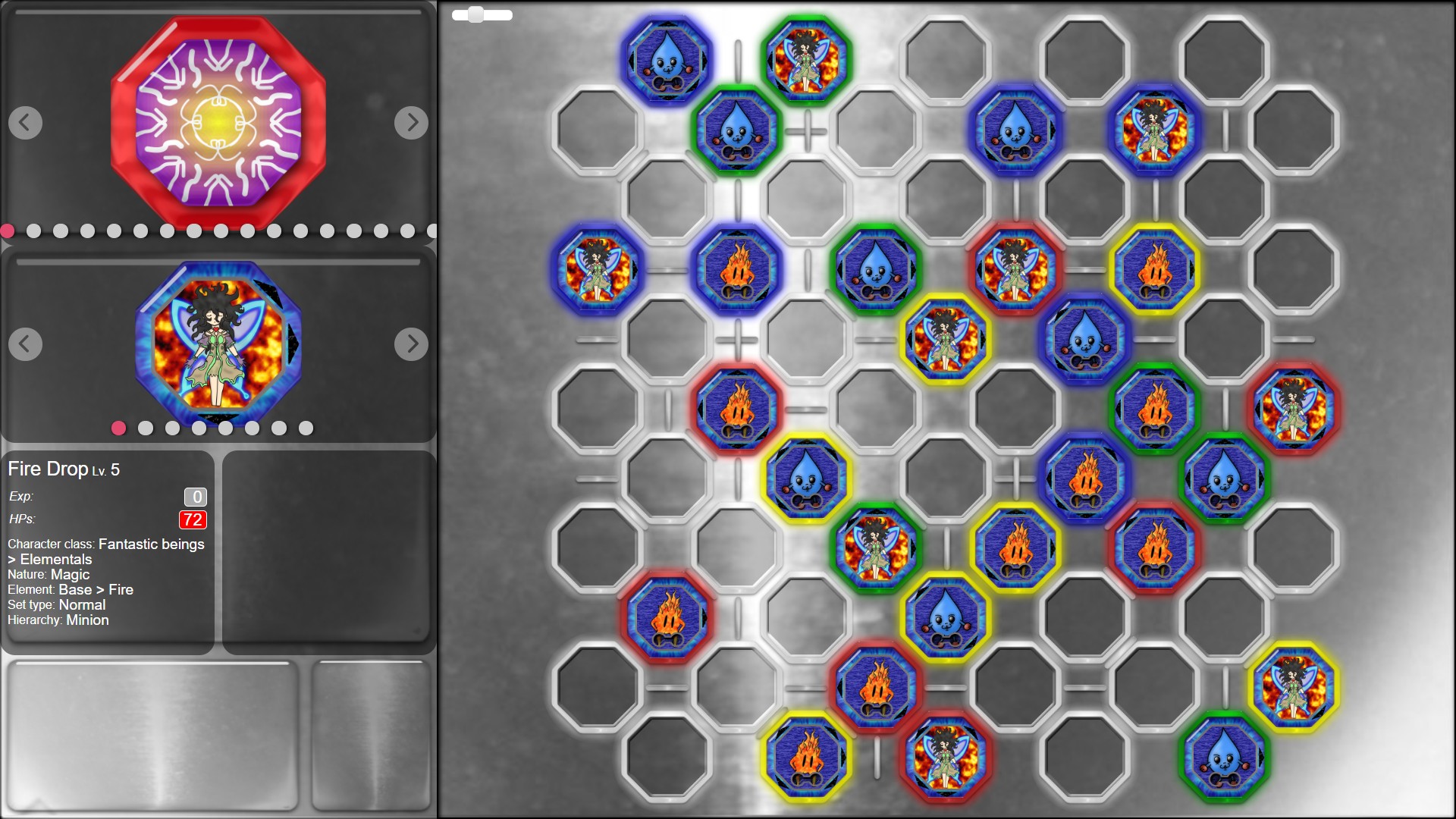 As you can notice, there is a tight correlation between playing modes and the board distribution, and it is led by the amount of card slots the board has. So, in a standard 12-slot board, only two playing modes can be supported: 2 players, 6 cards each and 3 players, 4 cards each. A mode of 4 players, 3 cards each is discouraged for a single reason: players should fight no less than 4 cards to keep things in balance.

Boards use images in four groups:

Once all graphical elements are defined, they can be used to build up variations as shown in the playing mode examples above.

Though boards are mostly designed in landscape, full HD resolution (1920x1080px), the underlying renderer is fully based on responsive HTML+CSS, adaptable for any display size and fully customizable. 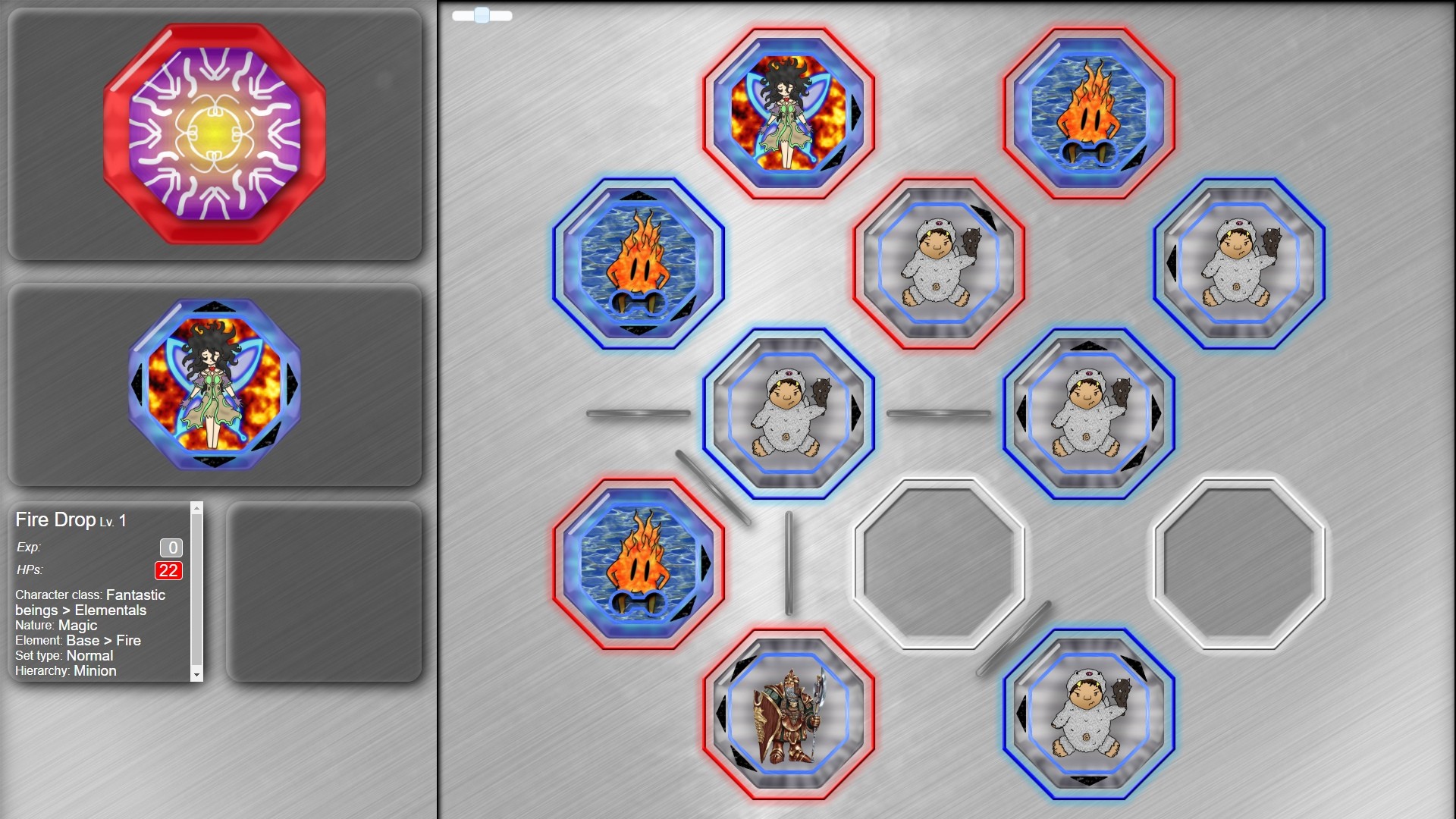 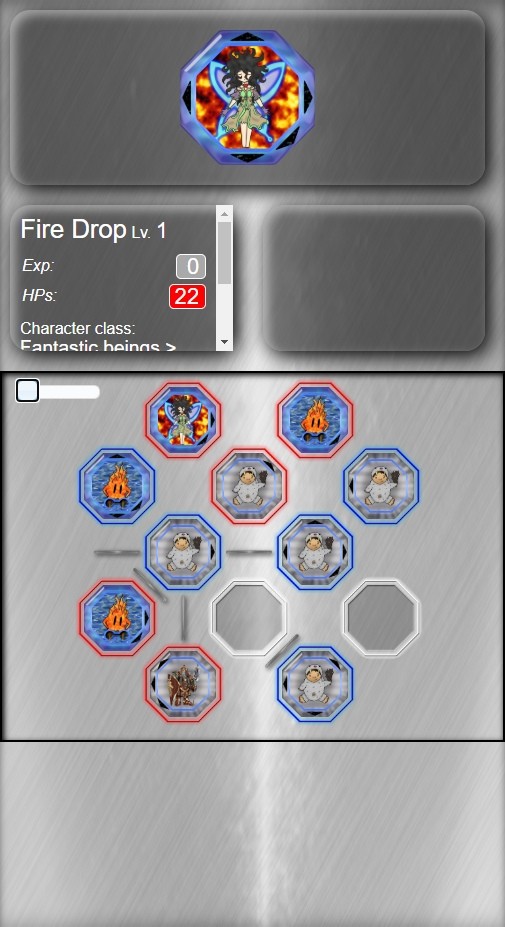 Finally, some extras can be set to boards: